I remember in March when I heard the first murmurings of "quarantine." Some local students returned early from Denmark and had to self-quarantine at home for two weeks. That sounded absolutely impossible. By March 21, the entire state of Illinois was ordered to stay at home for two weeks and schools were closed, a biggie.

It was confusing at first, but I showed up for work Monday unclear what Stay At Home really meant. Deemed an 'essential worker' in mental health, we continued to work, and I was grateful I wouldn't find out what it meant to really stay home for any amount of weeks. I like my structure and routine. We got set up to meet most of our customers at home through tele-health.

Then we had a nice surprise, our kids came home since public school teachers and grad students were sent home. It was nice to hang out an extra time since we had just seen each other in February for Dad's memorial service.

Two weeks of quarantine turned into all of April, then unbelievably all of May. Watching the virus numbers climb, and the death toll rise.

Now it is July, and where the H did time go? I feel like this was the quickest 6 months of my life. Now we are together again (my family of origin plus my kids). Florida folks are here but they have tested negative for Covid. They are writing and playing music and hanging out. Aside from masks in public, everything feels pretty normal. Let's hope we all stay healthy. 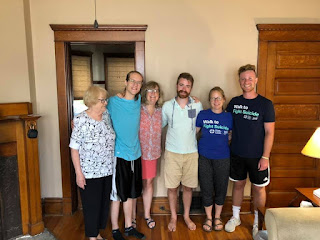 I haven't blogged in F-O-R-E-V-E-R, but don't think I haven't been thinking, feeling and doing. Since my last post, the world has erupted over the murder of George Floyd. That police officer's face, knowing he was being filmed and killing that man, and those sworn to protect not stopping him. This has really set off my brain and emotions. I have noticed one thing, I am about stories. I think stories are the most powerful way to teach and understand. George Floyd's story has changed the course of history.

I've been educating myself through podcasts, listening and reading about Black experience, forcing myself to watch the news. At times I fear a civil war is brewing, and other times I'm filled with hope because I see more people speaking up for what is right. It's not enough to say, "I treat everyone the same." Even if you mean it, which is clearly debatable.

Systems are stacked against minorities, and opportunities are not equal. I have NEVER been stopped for walking in the street and asked for ID. I would never dream I need an ID to walk down the street. My car has never been searched during a routine traffic stop. I usually get a warning when I do something wrong, not a pat down. I have never been harmed by a Black man the way I have been by White men.

In answer to why we don't say "All Lives Matter" I like this analogy: when we talk about breast cancer awareness, people don't get upset and say, "But ALL cancer matters." Black lives matter, too, and as much as other lives, which has not been shown to be the case in this country.

And one more thing, we need to teach real history in this country, and acknowledge the harm symbols of slavery do to those who were enslaved and had their history erased when they were brought here from Africa. We are still "whitewashing" the history of this country. I was shocked to learn Abraham Lincoln was morally against slavery, but did not think the races should 'mix' or that they were equal. I have however, known what Juneteenth was since 1986 (DT, you SOB).

My place of White privilege and person with some social currency is to be a visible ally to my Black brothers and sisters, and bring my perspective for consideration to my White counterparts in a way that dialogue can happen. I admittedly have a lot of work to do and quite honestly, I feel Adam is pushing me along this path. I can't help but think he would have rejoiced in this change coming. I pray that he is watching.

I have broken down in tears several times over the overt racism that still exists today, and even talking about some of the things that have happened recently. My heart hurts.

May is Mental Health Month

We are living in challenging times as the world we knew has turned upside down. I want you to know you are not alone. Mental Health has been a national focus in May since 1949, and it’s more important now than ever. We need to practice inner and outer self-care during this time of uncertainty. Now is not the time to compare yourself to others who are using extra down time to improve their home or physique if you are struggling to get through what feels like an endless day. We are experiencing grief on a personal level and a societal level simultaneously. Whether you are experiencing job loss, cancelled vacation plans, postponed medical or dental procedures, or the losing someone you love, this level of change requires respect and compassion with ourselves. The internal work of deep grief takes a lot of energy, and this is probably why you feel so fatigued.
Unfortunately, more suicides occur in the late spring than other times of year. It is helpful to be mindful of our feelings and confide in someone you trust. You can also speak kindly to yourself as you would a friend. Rather than bash yourself, you can tell yourself something like, “I see your pain. This is difficult and confusing.” Self-compassion is a tool that takes practice.
This is a good time to check in with friends and family who may be having a hard time or isolating. If you don’t like talking on the phone, send a text, direct message, Snapchat or drop a note in the mail.
I wanted to share a couple of resources from organizations that have been advocating for mental health for decades below.
American Foundation for Suicide Prevention:
Afsp.org/mental-health-and-covid-19
National Alliance on Mental Illness:
Nami.org/covid-19-guide
SAMHSA Treatment Referral Hotline (Substance Abuse):
1-800-662-HELP (4357)
If you find yourself unable to shake your feelings of discomfort, depression, or fear, Behavioral Health Services is providing TeleHealth services during the stay-at-home orders by phone and video chat using HIPAA compliant technology. Please call 309-836-1582 if you would like to speak to a counselor or make an appointment for services.
If you are having thoughts of suicide, please reach out:
National Suicide Prevention Lifeline:
1-800-273-8255 (Veterans press 1)
Crisis Text Line:
Text 741-741 and type TALK
Veterans Crisis Line:
Text 838-255 and type TALK

Yeah, I miss my dad. I've seen people fight and wrestle (I'm trying not to use that word) with the death of a parent. Do I? Nah, not when the man had 88 "pretty good" years on earth, his words. Not when his body failed and his mind wasn't quick enough to keep up with the large group conversation anymore and he repeated himself on a circuit of rants. Not when he was frustrated more than he was content.

Did his greatest fear happen? That he would mindlessly repeat the phrase, "Have you ever been to Minneapolis?" over and over, as one of his elderly relatives did? No, not at all. He was the best introverted conversationalist I knew, able to pull a joke or a story or lecture on linguistics out of the spaghetti strands of his brain at just the right moment.

Richard would not have lasted long under the Cornavirus conditions of the nursing home he was confined to. Thank Goodness, thank Bob, thank Free Booklet he didn't have to. I have no regrets. I don't think he did either. 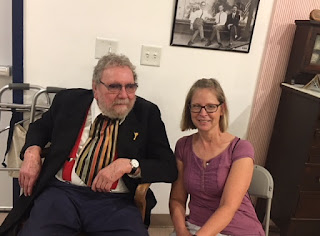 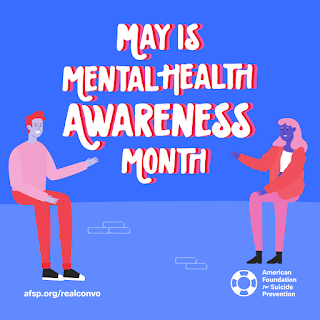 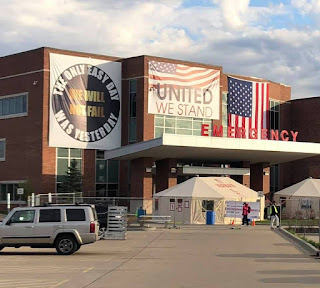 Sunshine on a Cloudy Day

I wanted to drop some sunshine here today, as my region is under cloud cover. I've been working on staying positive. Here are some thoughts I've been focusing on: 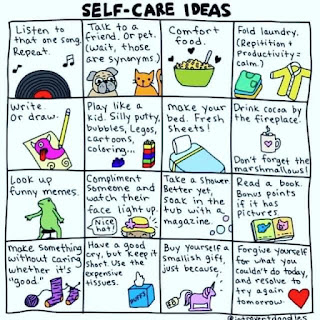 It's worth getting up for

I have not been up this early in awhile. The melatonin seems to be working but I didn't take it last night.

At 3:37 I woke up from a beautiful dream of coming home to find Adam on the stairs. I thought my eyes might be tricking me at first, and it was Eli or Cal in a different light. But he came down the stairs and we embraced and it was really him. He said, "I really like it here...out there."

My first awake conscious thought is, this must be how it is when you die. You can have these experiences in your brain (dreams) and basically they can be anything you want. Second thought: he's telling me he's okay, he likes where he is.

*as an added bonus the first thing I see on Messenger this morning is that Adam's friend Tara had a dream about him the previous night and found a picture of them in a box yesterday. I, too, had been going through stuff of Adam's yesterday, getting rid of things we hadn't found a use for, donating or tossing them. It is hard to let go anything that is his. Even an old, but expensive (he had to have the best) sleeping bag he hadn't used in a over a decade, let alone had we.
Posted by susan d at 5/03/2020 04:33:00 AM 1 comment: